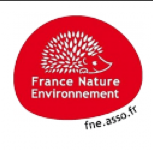 The Repair Café is also seriously beginning to take off in France now. Since the summer holidays, the Repair Café Foundation has had dozens of requests from interested parties in France. “A wonderful development”, says Repair Café creator Martine Postma.

Convergences World Forum
She was in Paris on Wednesday September 10 to talk about the Repair Café during Convergences World Forum. In the beautiful Hôtel de Ville, she participated in a roundtable discussion on the circular economy. She also responded to the question of whether or not it’s bad for the economy when products last longer due to better design and repair, as they do not need to be replaced as quickly.

“I believe we need to turn things around”, says Martine Postma. “I think there is a desire for good products that last longer and that can be repaired easily. If our current economic model doesn’t stimulate this desire, then we need to adjust the model. Several ways can be thought up that stimulate sustainability while also letting the economy flourish.”

As an example, Martine mentioned the idea of lowering labour taxes while increasing the taxes on raw materials. “That way new products will become more expensive, but it will be cheaper to repair them. As a result, the profession of repairman will gain ground.”