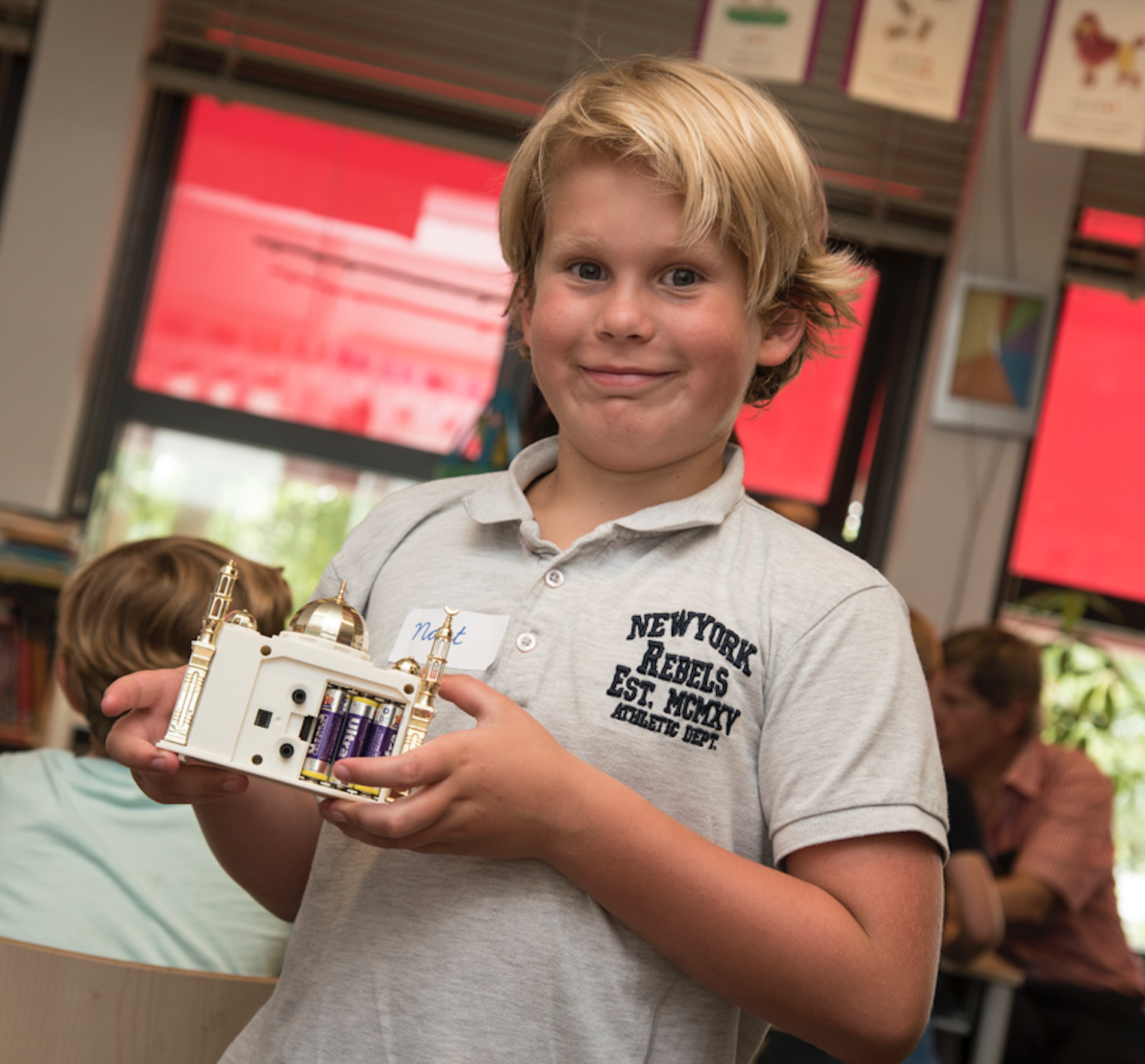 A torn stuffed rabbit, a remote-controlled car that no longer wants to drive, a flat tire, … Teacher Esther from the Montessori school Oegstgeest (Netherlands) has invited the Repair Café. On this Tuesday afternoon, seven repairers from the local Repair Café come to repair things in the classroom, together with the children in first and second grade.

Less waste
Teacher Esther and the volunteers are testing the teaching materials that Repair Café International has developed to bring repair back to primary education. That is necessary, all concerned find, because if children see at a young age that repairing is fun and often not that difficult at all, they will hopefully do it more often later. And that saves waste!

When the children enter their classroom after the lunch break, all the broken toys, that they have collected over the past few weeks, are on a large table in the middle of the room. Sets of tools are spread out on the group tables and there is a sewing machine and a box with devices and other things that cannot be saved, the so-called discovery box.

Small learning moments
There is a repairer at every table group, the children rotate every 15 minutes. For example, they see how a voltmeter works, they learn to pull a thread through the eye of a needle, and they look in the discovery box for suitable screws for the remote-controlled car. “These are all small learning moments”, says teacher Esther.

“Children can do more than you think”, says volunteer Femke when Gabriëlla has sewn up her own stuffed rabbit and Olivier carefully pushes the needle in the back of his lion.

It is party at the next group table. Volunteer Joost has brought a flat bicycle tire, a bucket of water, a tire repair kit, and a bicycle pump. Two children gently inflate the tire, while two others keep it in under water to look for the leak. “I found it!”, Sebastiaan shouts when he suddenly sees air bubbles.

In the meantime, repairman Eric tries to give a doll his head back. It works with a tire lever from the tire repair corner. Liv cheers and dresses her doll again. “If it falls off again”, she says, “I will go to the bicycle repair shop and ask if I can borrow such a spoon.”

Repair Café every month
The lesson is finished after an hour and a half. The volunteers noticed that most children became less concentrated after three repair laps. By giving them a simple assignment, for example to look for a certain tool, they get them involved again. That was also the case when they were repairig their own toy. “You reach the children best if they themselves are emotionally involved in a repair”, the volunteers conclude. And: “It is important to ensure that there is something to do for everyone in the group.”

When everything is finished, teacher Esther asks if it is not possible to organise a Repair Café every month. Just in the school hall, so that children of different groups can visit. And if something breaks in the classroom – for example, an abacus or a wooden topography map – then the children can fix it themselves. Repair Café volunters Lia and Eric already indicate that they would like to participate.

Repair Café International has takes all experiences from Oegstgeest and integrated them in the starter kit Repair Café in the classroom. This starter kit is now available in our webshop, to be used by more primary schools, together with volunteers of the local Repair Café. This way, we can bring repair into the school.