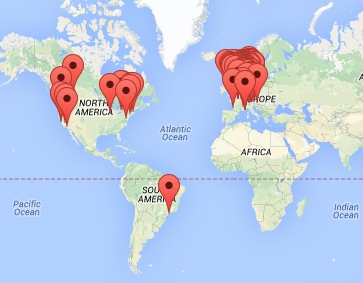 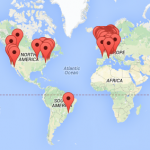 The number of Repair Cafés continues to grow steadily. In the Netherlands, there are already more than 200 Repair Café groups: four times as much as a year ago. Also in other countries the number has grown to over 200. That means that worldwide, more than 400 Repair Cafés can be found!

The motto ‘Toss it? No way!’ inspires more and more people. Volunteers around the world are committed to reduce waste and increase solidarity amongst neighbors by repairing broken items together.

Repair Cafés around the world
The famous Repair Café starter kit is now available in four languages. In Germany, the concept is booming: the country now has approximately 50 Repair Cafés and is, after the Netherlands and Belgium, the third Repair Café country in the world.

The repair virus is also starting to catch on in other countries. Switzerland, the United States, Canada, Austria, the United Kingdom, Brazil and Liechtenstein: they’re all familiar with the Repair Café concept. Ireland is joining in as well: in February, the first Irish Repair Café opened its doors in Dublin.